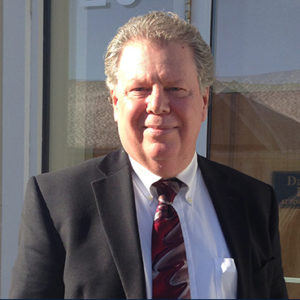 David W. Lynch is the managing attorney at Lynch Legal Services, PLLC. With more than 30 years of experience, he focuses his practice on personal injury, workers’ comp, and bankruptcy cases.

David decided early in life that he wanted to be a lawyer. He saw this career as a way to address unfairness and injustices in the world. “Unfairness and unjust treatment appear often when one person has an advantage over another, and there are simply instances where someone wants to avoid responsibility for their actions. As a practicing lawyer, I see unfairness every day, where those with advantage will misuse their advantages for their own benefit,” he says.

Righting these wrongs is what motivates David. He is proud to advocate for the rights of individuals and families who are struggling to cope with the aftermath of devastating accidents that weren’t their fault. He also takes pride in helping people get out from under crushing debt and start fresh with a clean financial slate.

David’s experiences working in the court system informed and inspired his interest in different areas of the law. At the Supreme Court, David worked on several appeals involving personal injury claims. The challenges of this area of practice were compelling and fascinating to him. In fact, his first job out of law school was with an insurance defense firm, where he learned the ins and outs of how insurance companies fight personal injury claims.

Ultimately, though, David’s heart pulled him to the plaintiff’s side, where he could really help everyday people who found themselves facing off against powerful companies. He is able to use the insights he gained as an insurance defense attorney to help his clients obtain an advantage in personal injury claims.

“The thing I love most about my job is solving problems and helping people,” David says.

In addition to his work in the legal field, David is committed to giving back to the community. He has served on the boards of several charitable organizations over the years, including serving Maple Leaf Farm as a director and president of the board of directors.

David grew up in both New Jersey and the hills of southern Vermont. He remained in Vermont most of his adult life. He has a great appreciation for the beauty of the great outdoors. In his spare time, David enjoys cross-country skiing in the winter and hiking the mountains in the summer. He has also helped his wife raise 20 alpaca.

The thing I love most about
my job is problem-solving
and helping people.